Saying Goodbye to Your Pet

Saying goodbye to a pet is one of the hardest things I've had to deal with in life. My pets become my family, they are like children to me, so I cherish every moment I have with them and it's absolutely heart breaking when it's time to say goodbye.
Last fall my father's 14 year old Golden Retriever wasn't doing well, her hips were getting bad, she wasn't eating well and we could all see that her quality of life was fading. I brought up the subject of putting her to sleep a few times with my dad, and like any pet owner, he was hesitant to do it, but I reminded him that he had to put her needs ahead of his own personal feelings. Finally he could see that it was her time and he took her in to be put to sleep, even though it was hard, he realized that she was in pain and wouldn't be getting any better. About a week after he lost his dog, his wife also passed away, and we could all see he was lost-everyone he had been taking care of had left him in such a short amount of time and he was left with a sad and empty house and no one to care for. When Sally, his dog, passed away I asked him if he would be interested in getting a new puppy and he said he wanted to wait awhile, his wife was sick, and he didn't know if a new puppy would make things harder and he also wanted some time to heal from losing Sally which I understood. When his wife then passed away and I could see how lonely he was I asked him if he would now be interested in getting a puppy? He wasn't sure but did mention it a few times and seemed to be on the fence about it....

I grew up on a farm and have had animals my whole life so I've been through the entire process of getting, and then losing, a pet several times throughout life but the hardest one yet was my house cat, Stinker. I got Stinker as a kitten when I was about 10 years old and he was my shadow- he slept with me, was always on my lap, loved to be carried around, and watched me change from a child, into a teenager, and then onto an adult. When he was about 10 years old I started to notice some changes in him, he wasn't eating as well, was getting constipated, and losing weight so I brought him to the vet and, after some testing, he was diagnosed with kidney disease. Of course I was devastated with this news but the vet told me we could get him on medication, switch his food, and do other various things to keep him comfortable, but it wasn't a battle I would ultimately end up winning, I just had to appreciate the time I had left with him. I did what the vet said, I got him on meds, changed his food, put water bowls all over the house and kept a close eye on him, even checking into getting him a kidney transplant. For awhile he was really good, but he did also have his bad days where he wouldn't eat and was very lethargic and sick which always reminded me that my time with him was limited. I continued to take him to the vet for regular blood tests and, as his disease progressed, he had to get IV's to refresh his system which really helped him out, but again, was only a temporary fix. Luckily with my animal experience I was able to do the IV's at home and handled all of his various problems quite well but it still was so emotionally draining to watch this disease progress, and at times I felt helpless. When he turned 13 he had lost a lot of weight over the years and it got to the point where I had to give him IV's more and more often and I finally had to sit down and ask myself whether I was keeping him alive for my own selfish reasons or if it was time to put an end to his suffering and let him go. In the end I decided that his quality of life had gone down to a point that he had more bad days than good and that I had to say goodbye. I called my vet and she agreed so I took him in the next day and had him put to sleep, it was one of the hardest days of my life! 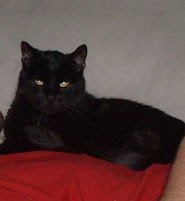 When you take a pet in to be put to sleep it's an extremely sad thing to have to go through but the vets work very hard to make it as peaceful and humane as possible. I said I wanted to stay for the process (you don't have to watch if you don't want to) so she gave him a sedative which worked almost instantly and that gave me a few minutes to say my goodbyes. When I was ready she gave him the second shot which stops their lungs and heart and he was simply gone in a matter of seconds. When you lose a pet there are a lot of options as to what you can do with their body, cremation is a common one, you leave them at the office and the vet clinic takes care of handling the details and when the process is finished you can come back and get their ashes. They have a wide variety of earns if you are going to keep the ashes, or you can also choose to have the ashes put in a communal burial plot. If you don't like the idea of cremation you can also take your pet home and bury them where you choose. Pet cemeteries have also become widely available in areas where you can purchase a plot and bury them and have a grave marker, similar to human cemeteries. We all have our own ways of dealing with the process of losing our pet but it certainly is nice to have some options as to how you want to remember them.

When I got home after putting Stinker down I didn't even want to walk in the house, I knew it would feel empty and seeing his toys and bowls all over the house would just make me cry. I sat outside for awhile and just thought about how we had such a good life together and how I would never forget him, and I was glad his suffering was over.

A friend of mine had a litter of kittens born a few weeks before Stinker died and she asked me if I wanted to take one, and my first thought was no, how could he ever be replaced?! Didn't I need some time to heal? How could I just move on from one cat to another right away? I also thought about how empty my house felt, how I was used to having a kitty by my side and how I missed being purred to sleep at night. I eventually went and saw the kittens and took two home, a brother and sister pair, and I am so glad I did! 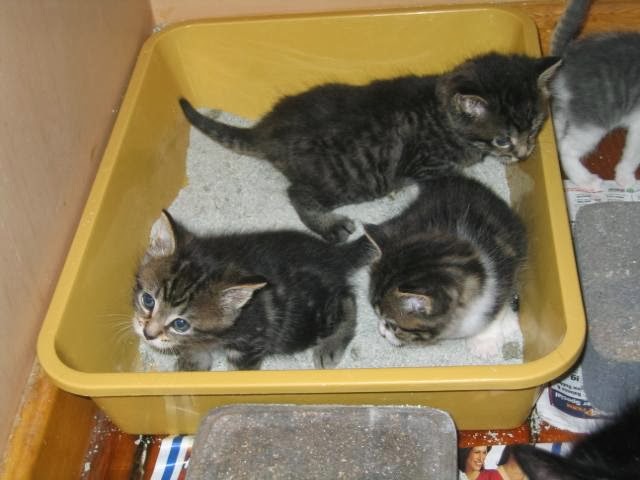 Being a dog breeder I hear stories of loss all the time, customers call me and tell me how they've lost a pet and it's time to get a new one. Some people take years before they are willing to get another pet, some people contact me within days of losing their dog, and others get a puppy before their older dog is ready to pass because they can't imagine life without one. The most common decision I hear is that they don't want to get a puppy the same color as their previous dog because it would be too much of a reminder of the other one, that I totally understand, Stinker was solid Black, my two kittens were not, Donavan is a Tabby and Abbey is a Mackeral Tabby, and it took me six years before I got another Black one.

I found getting the kittens was very therapeutic, I realized I wasn't replacing the one I had lost but was starting over with a new pair and it felt great to come home to a house that felt whole again. It had been a long time since I had kittens and the experience was wonderful! I finally had someone to purr me to sleep at night again, they were hysterical to watch wrestle and roll around the house, and I loved it that they had a special bond by being siblings and being together since birth. Those two little babies made the sadness of my loss not hurt so much and helped start a new chapter of my life. Donavan and Abbey are now turning 10 in March of 2014 and I am dreading the double digit ages because I realize that some day I am going to have to go through the process of losing not only one again, but two, and it will be just as heartbreaking as it was with Stinker. I cherish the time I have had with them and I hope that they will continue to live for several more years with me. One thing that I did learn with losing Stinker is that I wouldn't hesitate to go out and get another kitten when Donavan and Abbey pass, life is too short to not have those little paws running throughout the house! 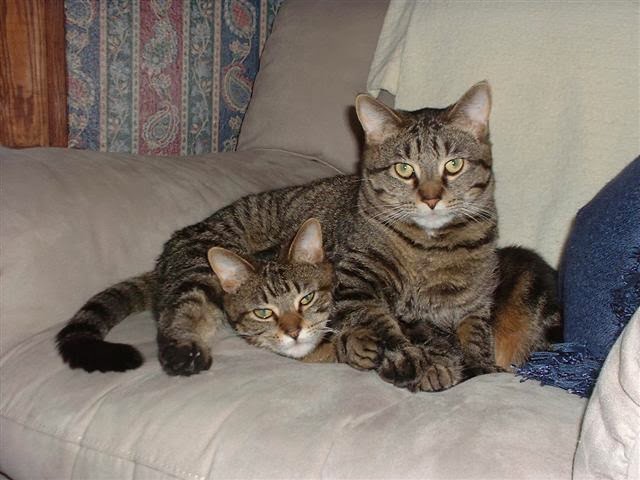 As for my dad, an employee of his got a Golden puppy and told us that the breeder still had one available that was the color he preferred (he likes Dark Goldens which are hard to find.) I talked to him about it and he decided he would like to meet the puppy and possibly take him home. That morning I took him shopping for toys and supplies and I could already see a change in him, he was excited about something, and I hadn't seen that in awhile. When we got to the breeders house we walked in and I knew that Barron (what my dad named him) was coming home! He has truly been therapeutic and a blessing for my father, and I am glad he didn't wait too long to get one. Yes, the puppy stage can be very trying at times but it gives my dad something to do and to focus on, the house doesn't feel lonely anymore, and now that Barron is 72lbs. you can barely get in the door without noticing his presence! 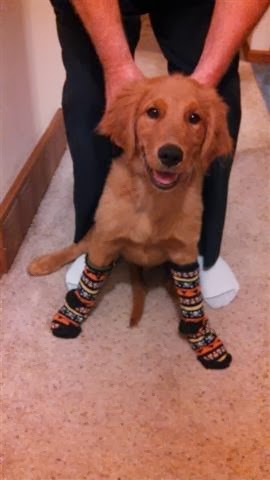 Losing a pet is an awful experience and we all deal with it in our own individual ways, but I have found it's best to look back and focus on the good times that you had together and appreciate the place that they have in your heart. 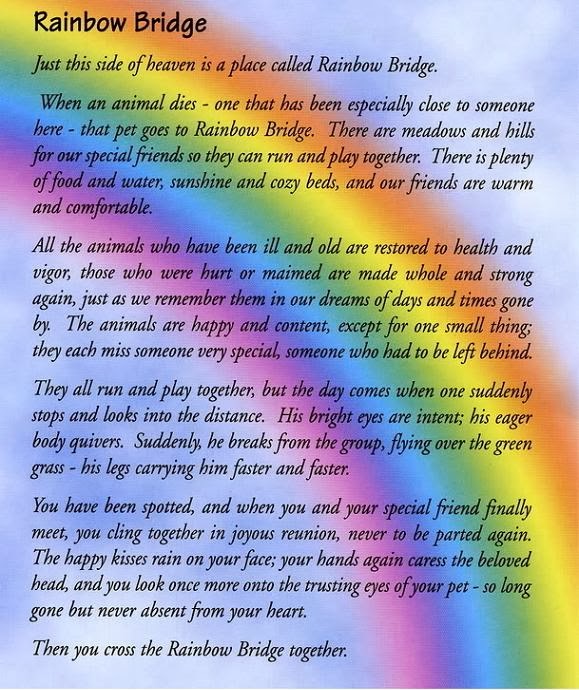 If you're looking for a Cockapoo Puppy to add to your home please visit our website: https://www.cutecockapoos.com/puppies-for-sale
Posted by Cute Cockapoos at 12:43 PM

Don't forget to give your animals some extra love today! 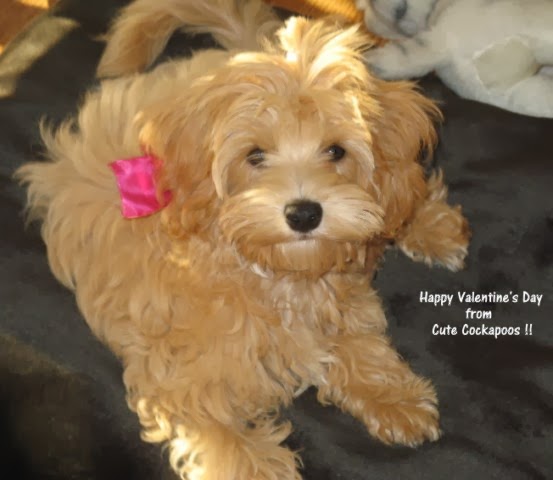 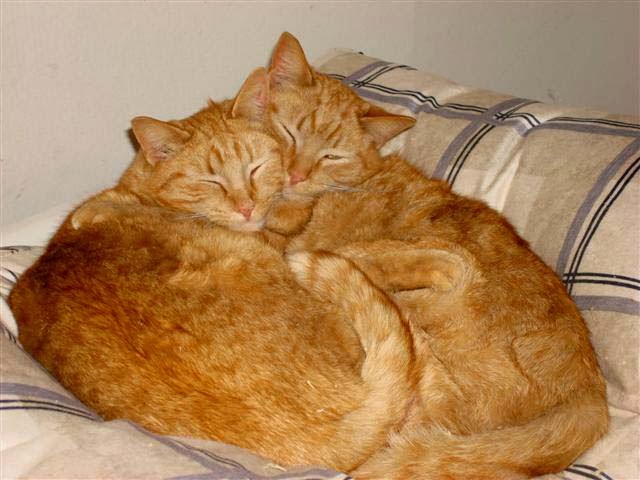 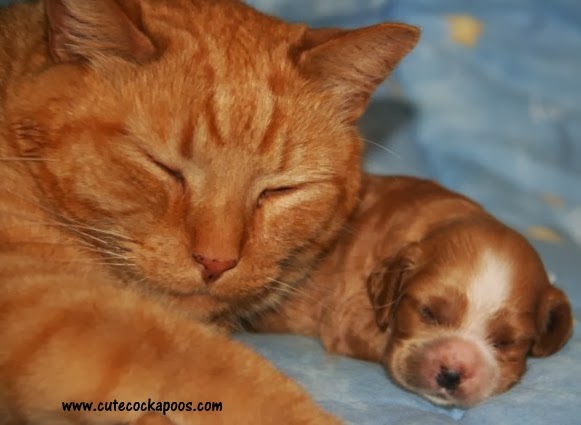 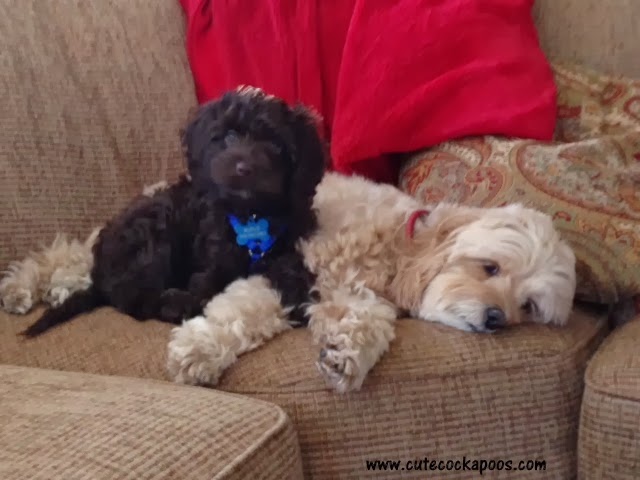 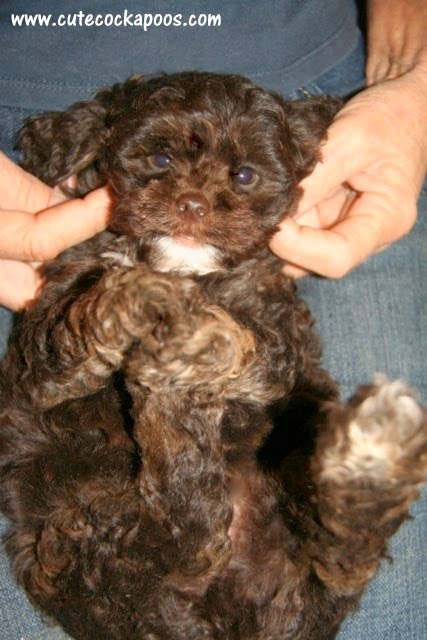 If you're interested in adopting a Cockapoo puppy from us please visit our website: https://www.cutecockapoos.com/puppies-for-sale
Posted by Cute Cockapoos at 2:23 PM